Fellow concept grunt and Internet pen pal Sergey Popov (Popov-SM) has graced me with a rather unexpected (but nonetheless awesome) portrait! Had to share/gloat... 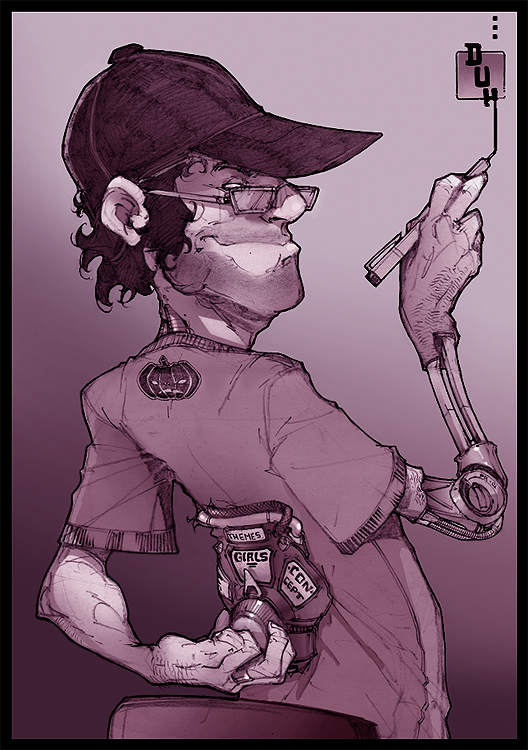 I'm adding Mr. Popov to the roster of other talented weirdos who have fed my ego by drawing me : Isaac Owens, Nick Southam and David Levy. (Not nearly enough ladies on that list...hrm...)

Ha! Very cool! He got the scraggly sideburns and everything!

No stink lines though.
(Simpsons reference)