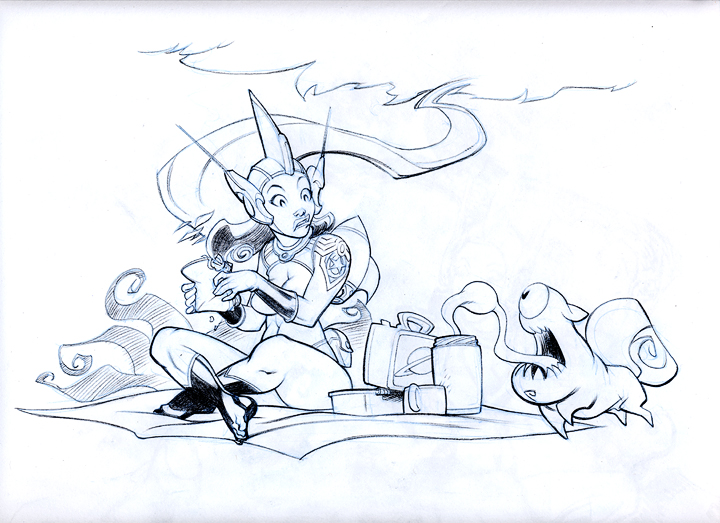 After doing another print/trace, the drawing was losing too much energy, so I redrew it from scratch, trying to preserve the elements I liked while axing the stuff I didn't. Unfortunately I chose to black in areas of the gloves and boots (really badly I might add -- where's the volume?), drawing emphasis away from the important stuff. Hopefully I'll be able to knock this back in the colored version. Not really happy with the way that shoulder emblem and headpiece came out either, so I'll most likely be tweaking these areas heavily. *sigh* Concept art is sooooo much easier than illustration, even cartoon illustration. If anything, cartoon illustration is harder because it demands selective simplification for maximum impact/readability. Only when I'm more confident with compositions like this can I ever undertake something as big as a comic. Gah...so daunting.