Send me an Archon.

Archon took a "Let's do Tyriel from Diablo, but not." kinda direction, but this wasn't always the case, I swear!

The techier, mechier vision I had for the angels didn't gel with the game's fantasy setting, and so was abandoned.  What was kept was the notion that Archon is a being of pure light...like Tyriel.  *sigh*  I wanted to make his suit a containment vessel, implying he could light-jump to other, bigger ones.  Like, you'd encounter him and think, "Wimpy, glowy dude.  No biggie.", then he'd zap himself over to some giant angel-mech and you'd be all, "Fuuuuuuuuuu...." 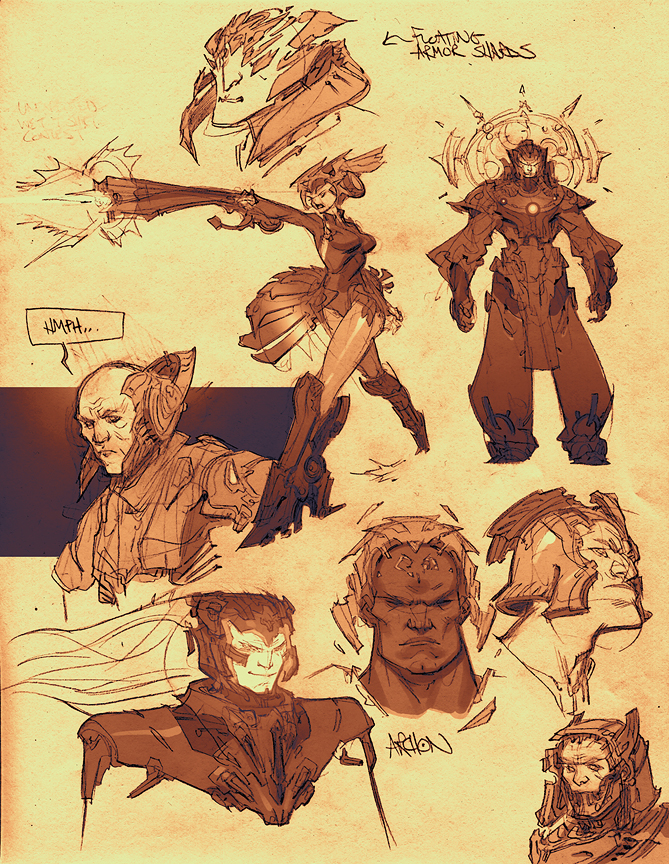 Also thought it'd be cool if Archon was plugged into a throne, a battery powering the citadel he chills in... 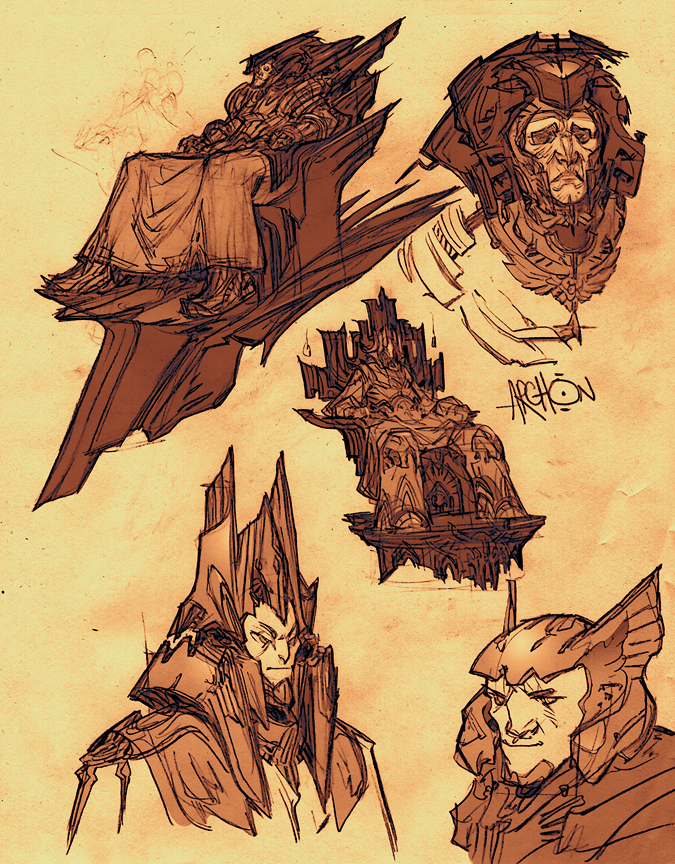 ...but, since he's a boss, he couldn't be some glorified light fixture.  No epic throne room, no energy arcs.  I don't think Vigil paid me that week. 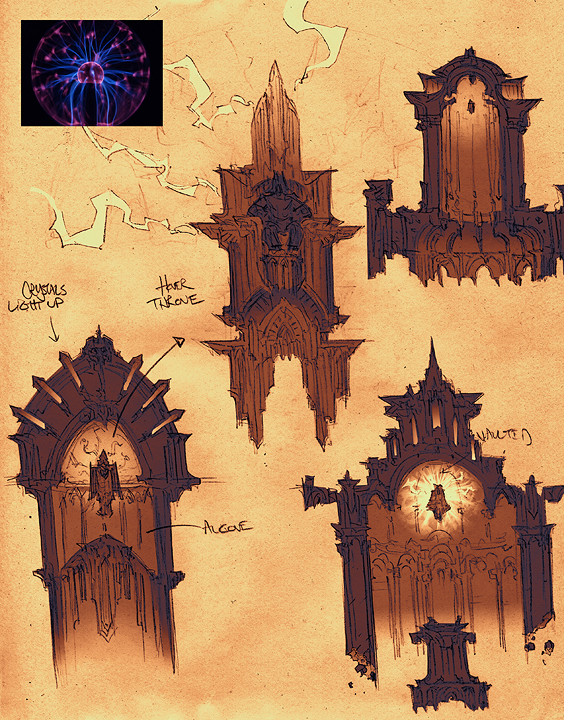 I love the idea of Archon powering the citadel through the throne.

It would be awesome if when he gets off his throne to kick your ass and the whole citadel goes dark, because it has lost it's power source. Then you could have him as this glowing death machine zipping around while you're disoriented in a dimly lit environment.

Shame to hear about them shootin down your cool ideas.