My week in review...

CGFeedback hosted a challenge/tribute to the late, great Clement Sauve, which I took part in judging. There was a wake today in his honor, which I attended with Joshua James Shaw. One of many things I took away was this stand-out quote from Clem : "When in doubt, favor the unusual."  Spoken like a true concept artist. 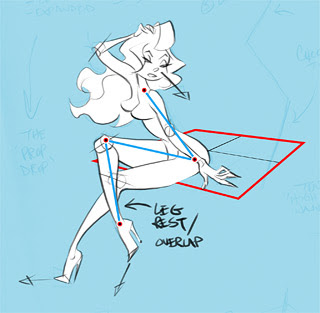 HOT OFF THE PRESSES : Dan Beaulieu is selling his second sketchbook of awesomeness! Get 'em while supplies last! 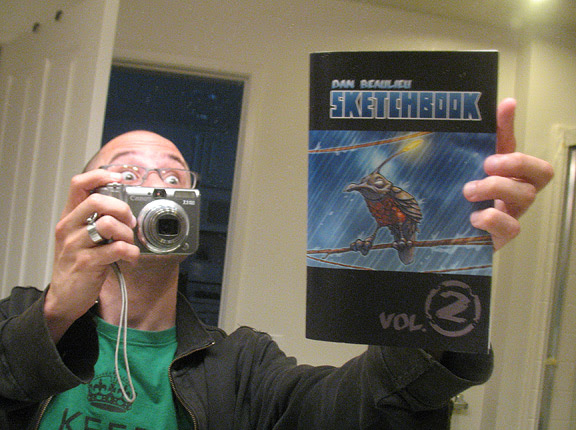 Here's a piece of fanart I did for the sickest, sexiest girl I know. 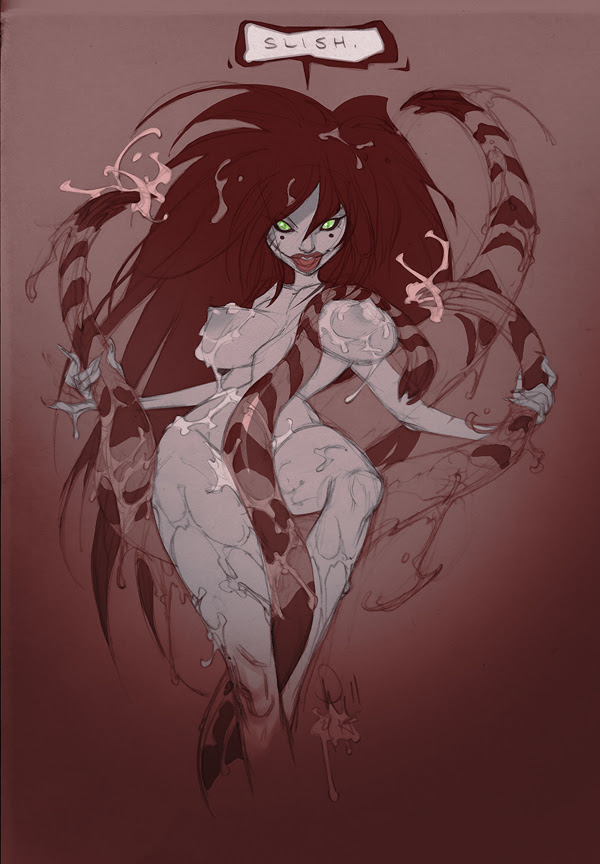 Keen eyes will spot, on the far left page, Anthony "Robot Pencil" Jones and Kelli "I Don't Have A Cool Nickname" Hoover.

Another week ahead!  Lifedrawing starts back up again, more Blizzard-y work in the wings, more doodles, more mayhem!
7 comments:

Surkov in my office...

[below] An original Victor Surkov piece finally framed and displayed!  It was given as a gift when I visited Astrum Nival / Mail.ru last September.  It's sitting next to my original Toph Gorham (which really deserves its own post -- It's the original pencils for that drop ship on his homepage).

This gives me an idea : I should start a personal concept art galley in my apartment, getting pieces from all the amazing artists I've met during my career.  I'd run out of wall space pretty quick!
4 comments:

Here's another attractive bit of Blasphemous fan art, once again from The Russian Federation.  With hugs, even!  Respect to Olga "Griffinfly" Drebas! What I love here, apart from Miss. Drebas's superb handling of the figure, is the beauty mark she included just above Hailey's lips. What a sensitive touch. I'll keep that, if you don't mind! 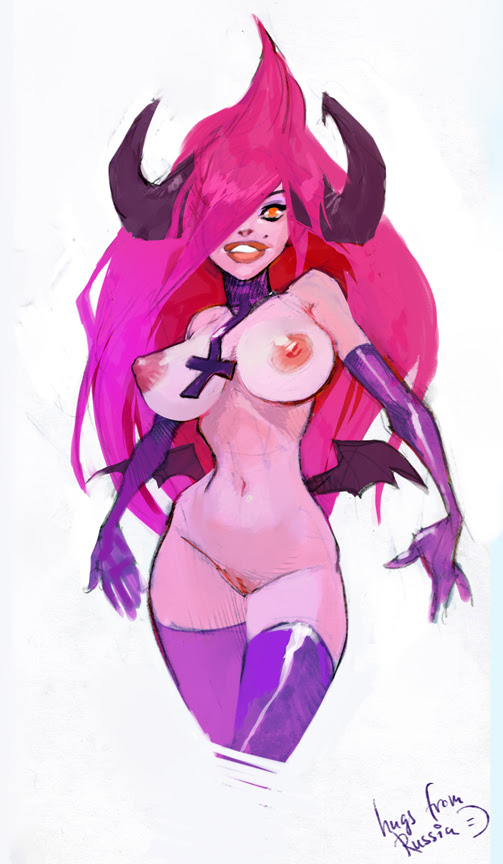 I got to talk with the legendary James Jean at his LA gallery show, Rebus.  Here's a very unflattering photo of our 2.5 minute exchange. 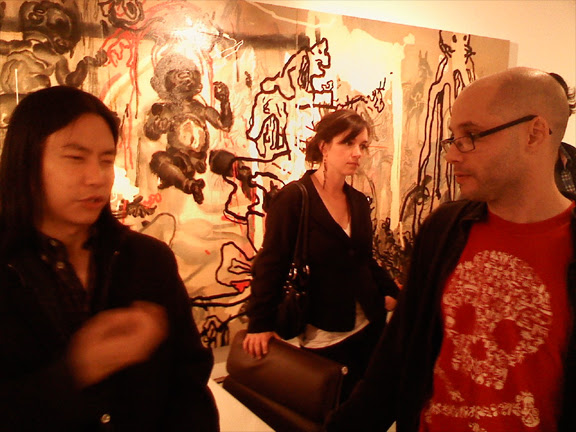 I asked Mr. Jean what compels him to draw the backs of airplane seats in his sketchbooks [see Process Recess 3 : The Hallowed Seam] -- if it was just something to pass the time, or if it was a deliberate act to inform his imaginative drawing.  (I earnestly wanted to know.)  He said it was less study, more meditative.  Hrm....
3 comments:

Concept cohort Tham Hoi Mun did his take on Hailey, half of Blasphemous. Dude is always working super-hard. Cut it out, man!!!  I would title this piece "Necronomicocks." 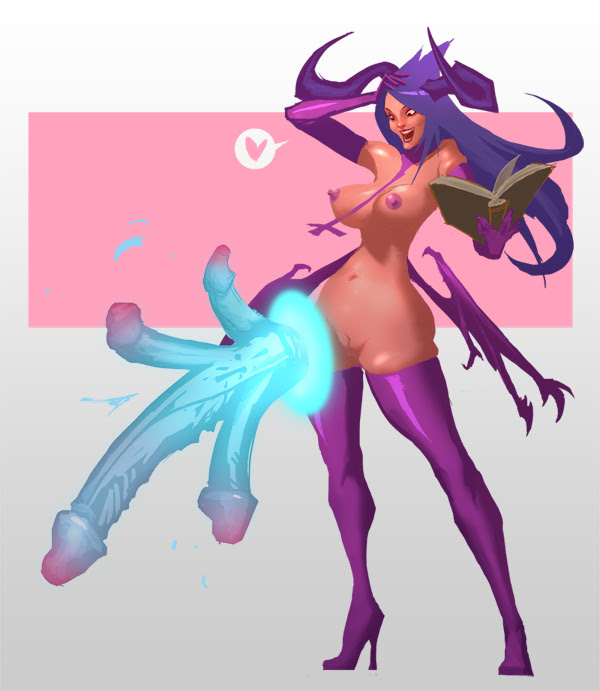 ...and, for good measure, he drew Holly as well. 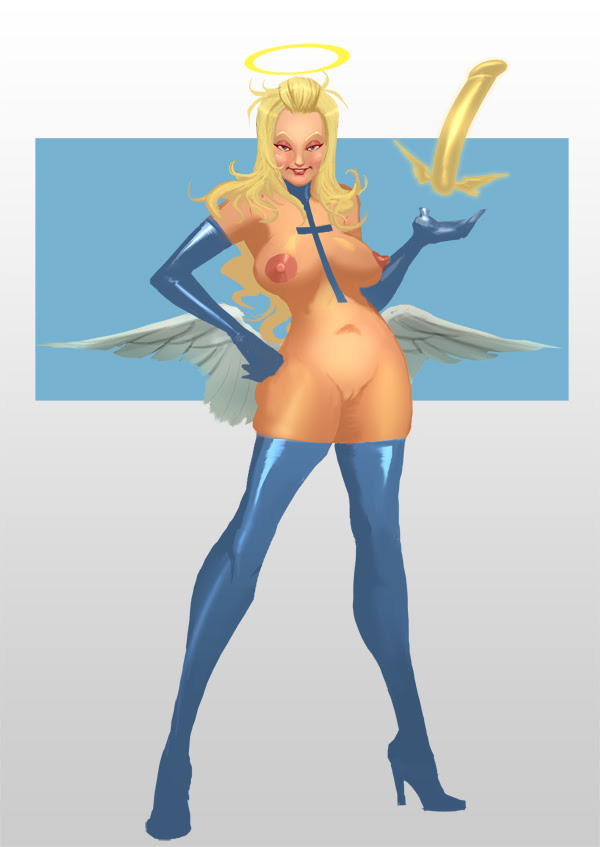 ATTN : I'm looking to start a "critique/paintover" section for Babe Lab.  If you'd like a helpful eye on your stuff and want to be publicly critted by either myself or a guest artist (I plan to recruit others to do my dirty work), get in touch.   Or better yet, crit MY shit and show me what's up. I dare you.
3 comments:

...working on my practical lighting. 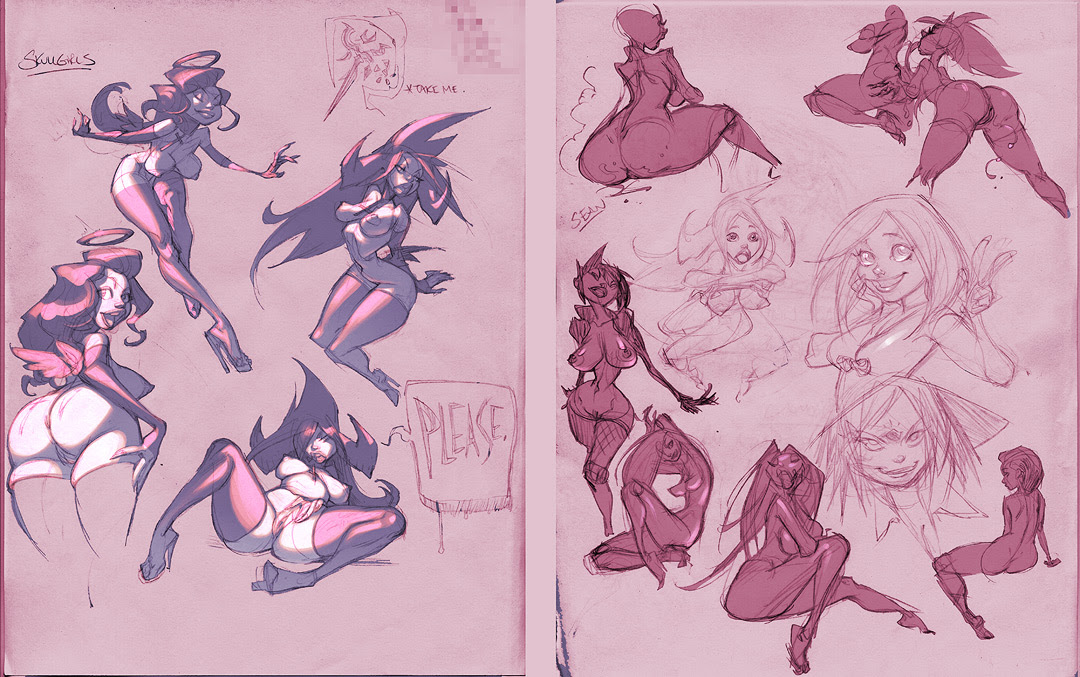 Messing around with technique some... 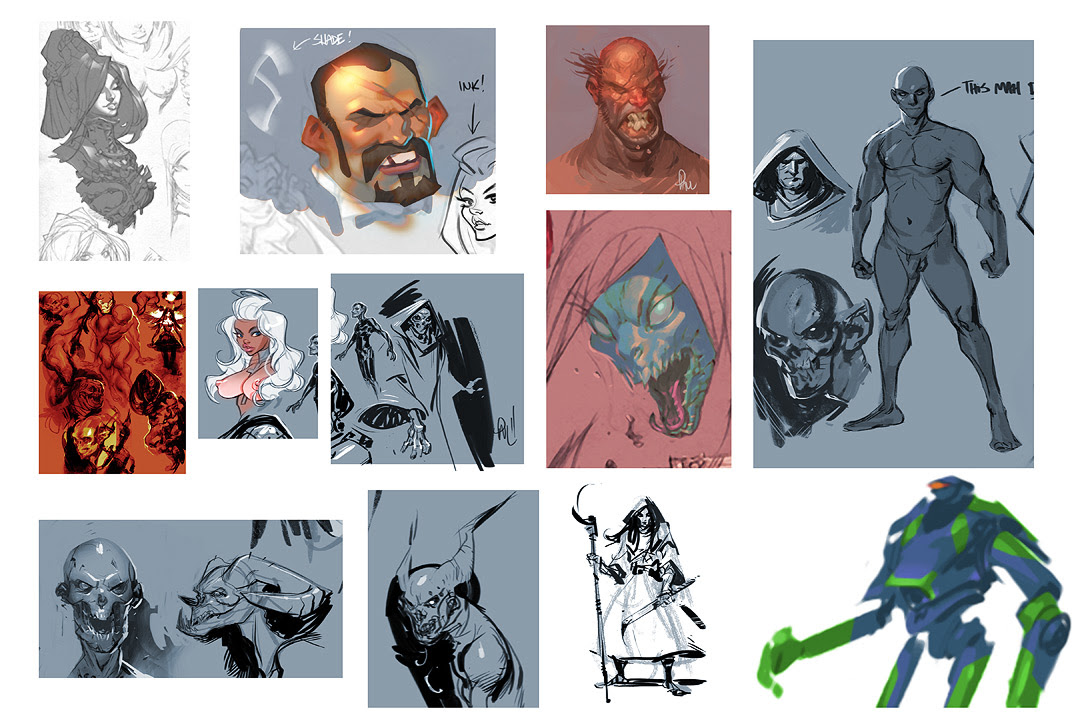 ...and a quick pic I made for some random dude's girl.  Hope you get some, pal! 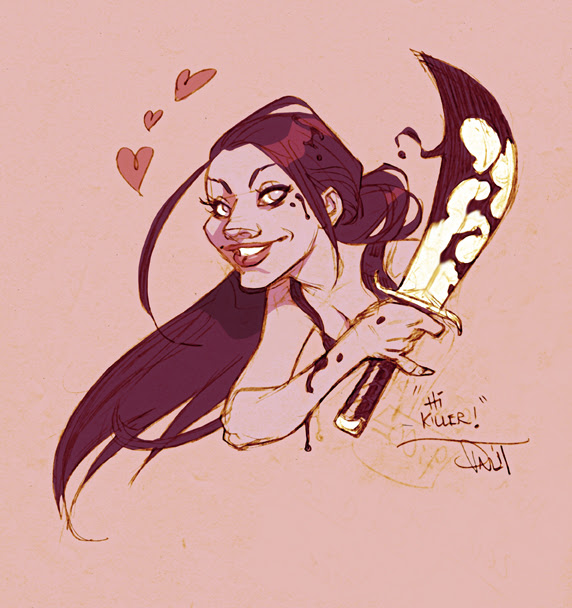 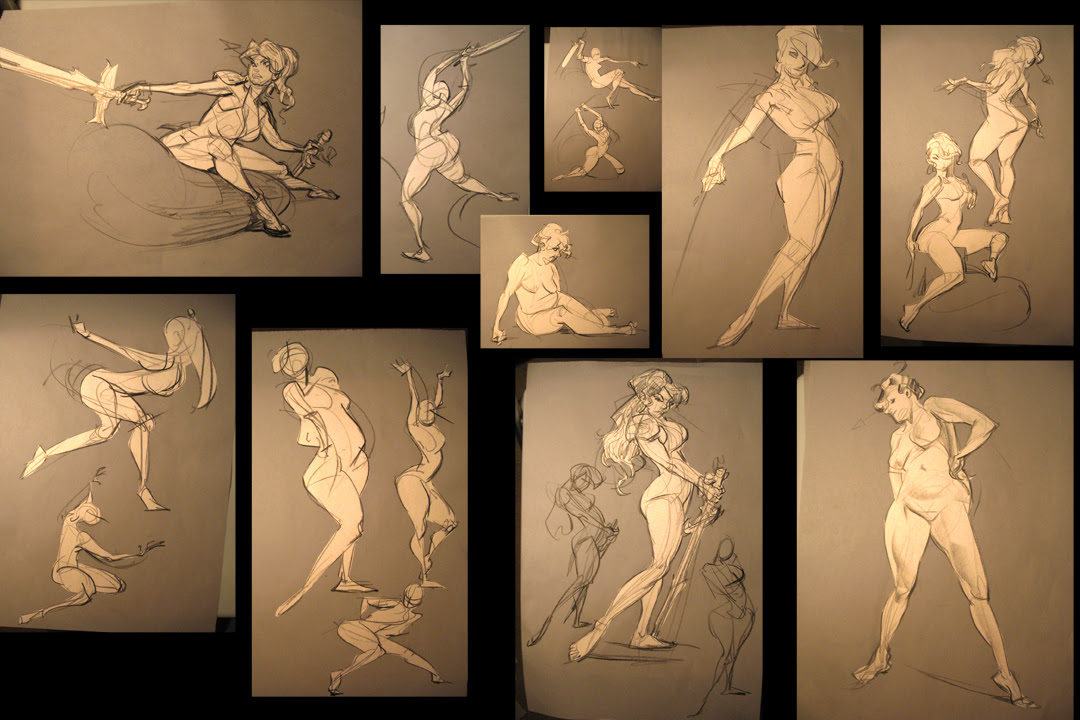 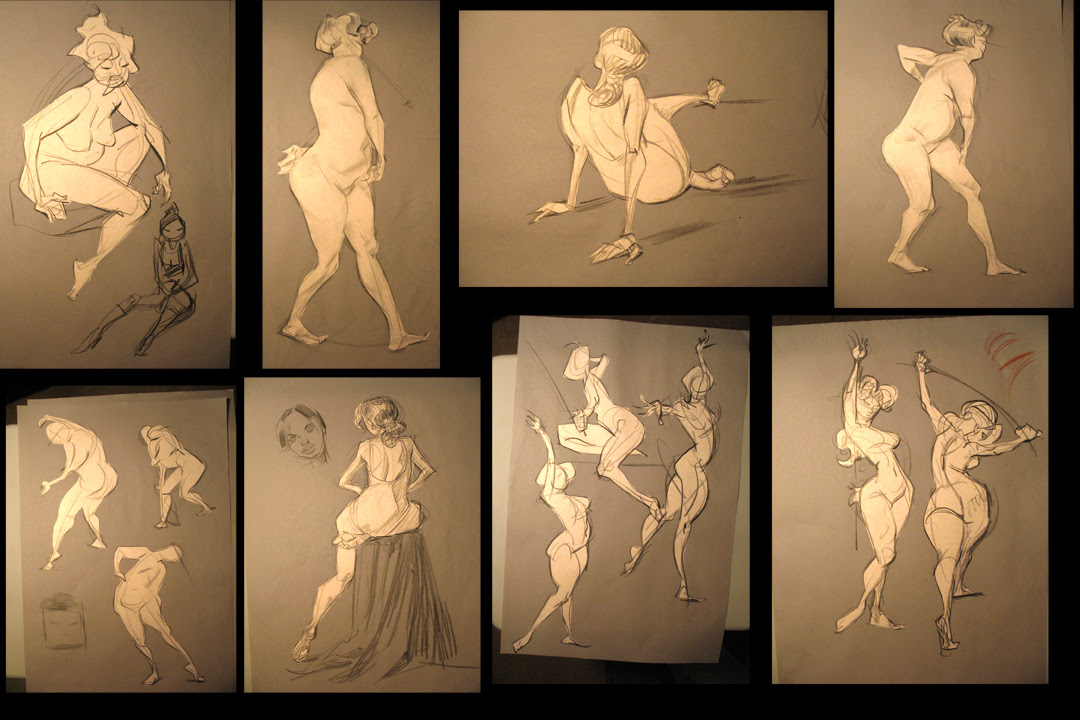 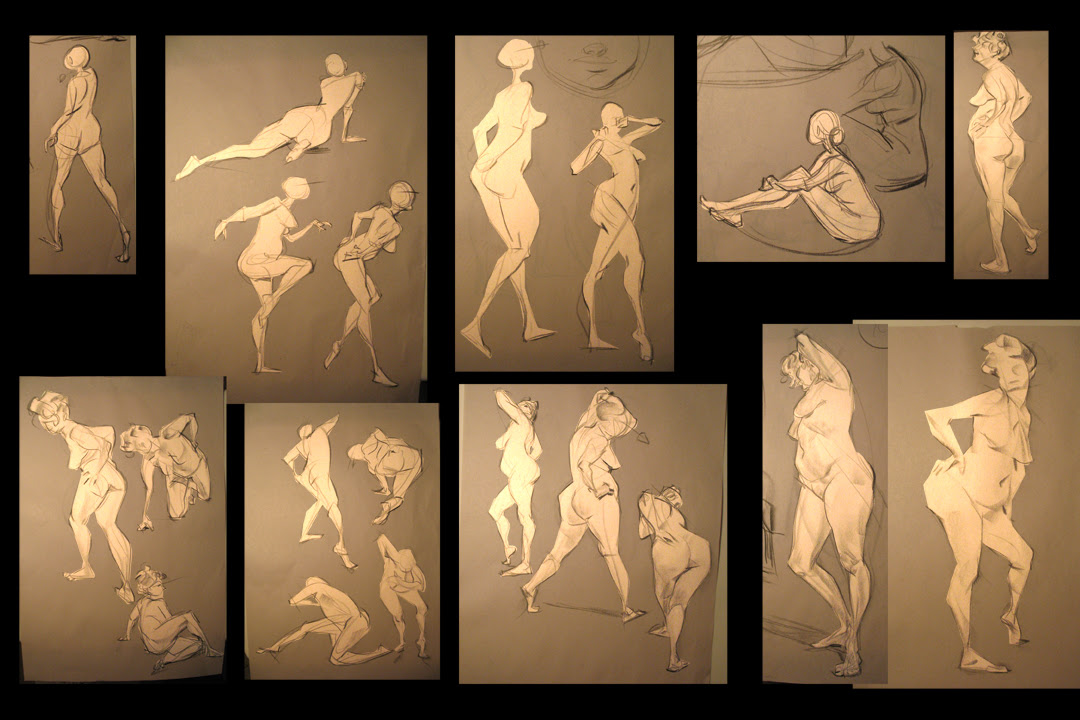 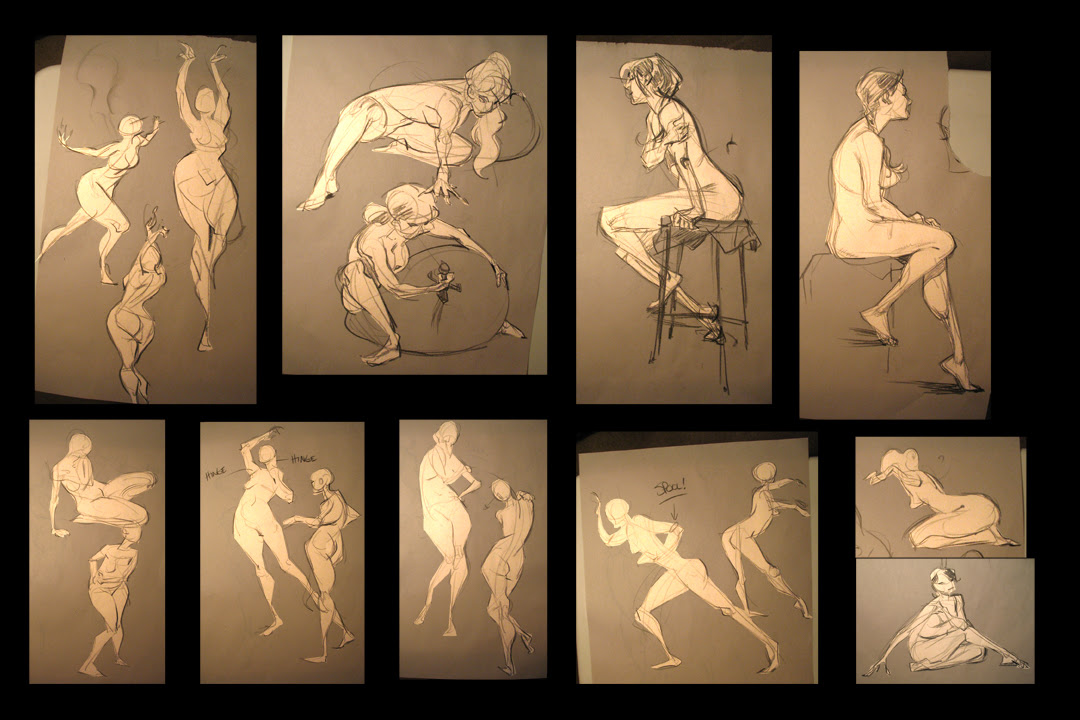 I wish I could say the piece below was mine, but it was done by my colleague Luke Mancini (aka Mr. Jack) for Babe Lab. Head on over for a full interview and some scintillatingly revealing process work! 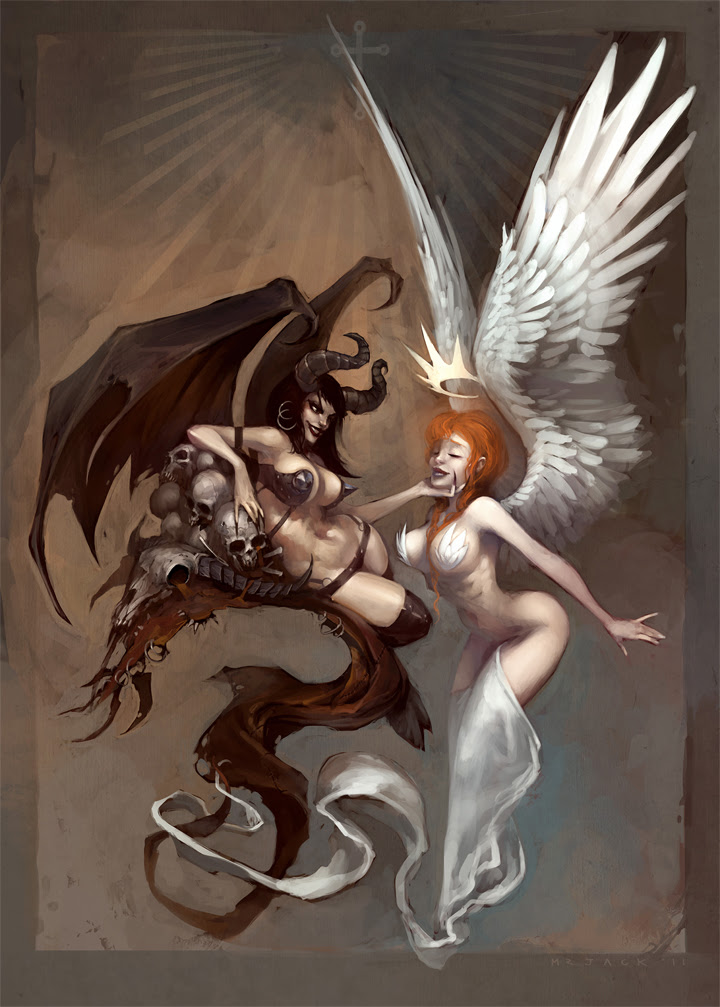